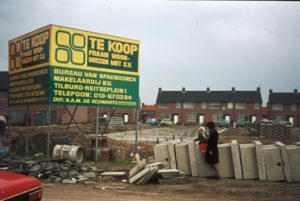 When my parents decided to move from Breda to some village in between, I lost ground for about six years, say, my entire time spend in high school. That didn’t matter much to me, since the rainbow train was there throughout to take me to a world that was better suited to me. I lived in two worlds. I was pretty good at school, without having to do very much for it. I was more interested in painting and writing, which I seriously started to do from age 11 onwards. Somewhere in high school, the German Language teacher asked us what we wanted to be later in life? I replied: ‘I am a writer’. 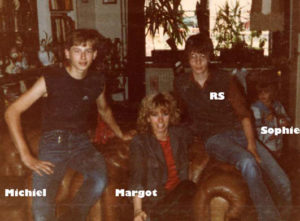 Saying you are writer is not uncommon. Being one is quite a different thing. In short, I was in immediate need of a publication. At the time, my friends were Mark & Michiel, and one fine day Michiel boasted that he knew where lived one of the blondes from Dutch girl group Babe.

Mark and I called his bluff. We followed Michiel to the address concerned, where I boldly rang the bell. To Mark and my utmost astonishment a hot blonde opened the door: Margot van de Ven, one of the three hot blondes of Babe! I swallowed hard, took a deep breath and said: ‘Uhmmmmm…. We are from the high school paper and we want an interview.’

We were greeted with an astonishing smile, and the hot blonde replied: ‘Right now I’m not prepared, but tomorrow at 12, you are most welcome.’

I count our interview with Margot Babe as the beginning of my journalistic career. I guess I was a born journalist, because I had the sheer instinct to bring a tape recorder and a photo camera to the interview, even though the entire interview argument was a lie from the start, since I had never ever even read that high school paper, let alone written a single word in it. However, once the interview was taped, I realized I had dynamite in my hands for that school paper.

We actually asked her critical questions, such as if she could sing at all – which was the big discussion at the time in teen magazines! Unfortunately, I lost the actual publication, but, as can be seen and heard here, I treasured the photo and the interview tape to date!

That interview and refusing punishment for skipping all gymnastic lessons during my last two high school years were probably the formative moments of my teenage years. Although… slipping into Kim Wilde’s dressing room on November 14, 1982, after a performance in Utrecht during her first ever live tour, should perhaps also be mentioned here. Security in the 1980s was not nearly what it was today, and although I had never been in Utrecht’s Vredenburg Theater, and although my father was waiting for me outside, I figured that the guarded elevator to the dressing rooms would extend to the basement of the building. I also figured that chances that they had a security guard there were limited. And so I tried my luck.

There actually was a guard, but when someone came to ask him about backstage passage, he was distracted and I managed to slip passed him. I got to the elevator unseen and went up to the backstage floor. There, dumb luck struck: the elevator stopped almost right in front of Kim’s dressing room. I snuck in and saw her through a foggy haze under the shower. I nearly fainted, caught my breath and snuck out as fast as I could. Sometimes I wondered if this wasn’t a Rainbow train adventure… However, my dad remembers waiting for me outside to date, and I still have the concert photos and entrance ticket to prove it to myself. So, sneaking into Kim Wilde’s dressing room should also count as a formative moment in my teen life.

On hindsight, there might have been a few more…

From Wilde to Berlioz

From Kim Wilde to Hector Berlioz may seem like a big step to some, but it is just a small leap for a writer. My Kim Wilde encounter actually occurred a month after a school outing to London had introduced me to the piano playing of Rudolf Serkin, the singing of tenor Dennis O’Neill and the organ playing of Gillian Weir under Claudio Abbado’s baton at the Royal Philharmonic. I would like to say that this fabulous concert sparked my passion for classical music and tenors, but the truth is that I let Mozarts ‘Piano Concerto No. 21′ pass giggling, while I was deadly bored with Berlioz’ Te Deum.

Come on teachers, Berlioz’ Te Deum for starters, that is like killing any latent receptivity for classical music in any teenager that is not a priori suicidal… Fortunately, the next day brought a performance of Evita with Stephanie Lawrence. I still see her standing there and I’ve had a weakness for her ever since. 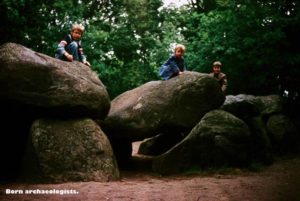 The next significant change in my life occurred when I went to University around 1986, to study Archeology and Art History. Archeology proved a bit boring. As for Art History, my friend Hans Talsma ended up having a dispute with a teacher there, who was a true Picasso devotee. In her mind no one could imagine what was going on in Picasso’s mind while he was painting those ‘super human’ paintings. Hans, who was the only true painter in the group together with me, protested. Being a painter himself, he said that there was nothing more easily understandable than what was going on in Picasso’s mind. Pandemonium broke out! Sacrilege had been committed! I stood up, declared myself solidary with Hans, and announced that I would leave their sect to continue my studies at the Academy of Fine Arts. 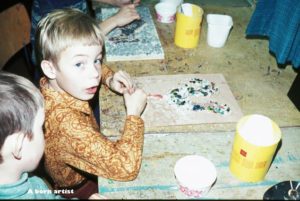 Art Academy proved little better though… The later 1980s were a crazy time, where we still lived with the remains of the 1960s socialism that wanted to take care of people and artists alike. They had set up a system where the State bought all paintings! Art Academies ‘flourished’ like never before! Painting activities there were limited though. At times it seemed that those people were mainly painting their hair in shades of lightning green and purple rain, while the actual painting consisted of drinking coffee and smoking pot while contemplating future paintings…

After four weeks I left those ‘classes’ and started working at home. The rule said I needed three teachers to support me, and that was enough. Ernst Vijlbrief, Bart Bouwmans, Ramon van de Werken, Klaus Versteegen and Frank Daalder all backed me at one point in time there. From that day on I divided my time between painting at home and printing visual poetry in the lab after closing time, which was possible because the director had given me the keys. I spend three great years in Enschede, where I developed my visual and literary skills in complete freedom.

One fine day, about three years later, I felt I had nothing more to learn there and thanked the team for their confidence. They said I had one more year to go before I could graduate. I replied that I never contemplated graduating, since I didn’t feel I would ever be asked after my ‘diploma visual artist’. At that point, the consequence of an over subsidized society manifested itself: if I didn’t graduate, the government would consider me a ‘late drop out.’ Subsequently, the Art Academy would have to repay all state subventions they had been given for me, about $ 40,000 in total. Since these four teachers had been loyal to me during my time there, I felt obliged to graduate. However, I wasn’t going to stay there a day longer. I told them that I would accommodate them, provided that they gave me that diploma then and there. The ceremony was arranged at the earliest possible date, given the bureaucratic necessities, which meant that I ‘graduated’ about two weeks later.

Destroying that diploma during the festive ceremony was effectively my first performance as a diplomaed artist. Initially, I was flattered when local papers published interviews with me about this apparently ‘bold’ action. I soon found out, though, that journalists tend to give your words just a wee bit more ‘bite’ than you wanted them to have. In this case, my act was turned into a protest against the academy, which it was not.

As an individual, I couldn’t possibly complain about anything: I had enjoyed my time with those four teachers, and the institute had made this possible. It was a performance against the system as such. We had (and have) the ridiculous number of over twenty art academies in The Netherlands, where one or two would do, preferably outside the capital..