I vividly remember attending a millennium party on December 31, 1999. I imagined that by 2019 we would have set foot on Mars. I envisioned a better world, where the internet prevented regimes and the forces at play from dominating the world. I am not one given to conspiracy theories, yet Wikileaks proved many such theories to be in fact correct. For a few years the World Wild Web  liberated the masses. Today we see this short lived return to the free spirited 1970’s coming to its end. Governments have cracked down on the internet and turned it into a powerful weapon of mass manipulation. While the world went its own way, the philosopher in me decided to carry on the quest of Dutch operas. From the first 401Concerts in April 2015 until the end of 2019, I organized no less than 23 Dutch opera concerts. Among them an entire Jan Brandts Buys Festival (2018), and a very well reviewed concert on Dutch 18th Century operas in Diligentia The Hague. We published no less than 4 CD’s with our own Dutch opera recordings.  The handbook I envisioned in 2008 grew into an adventurous five volumes on Dutch and Flemish opera. 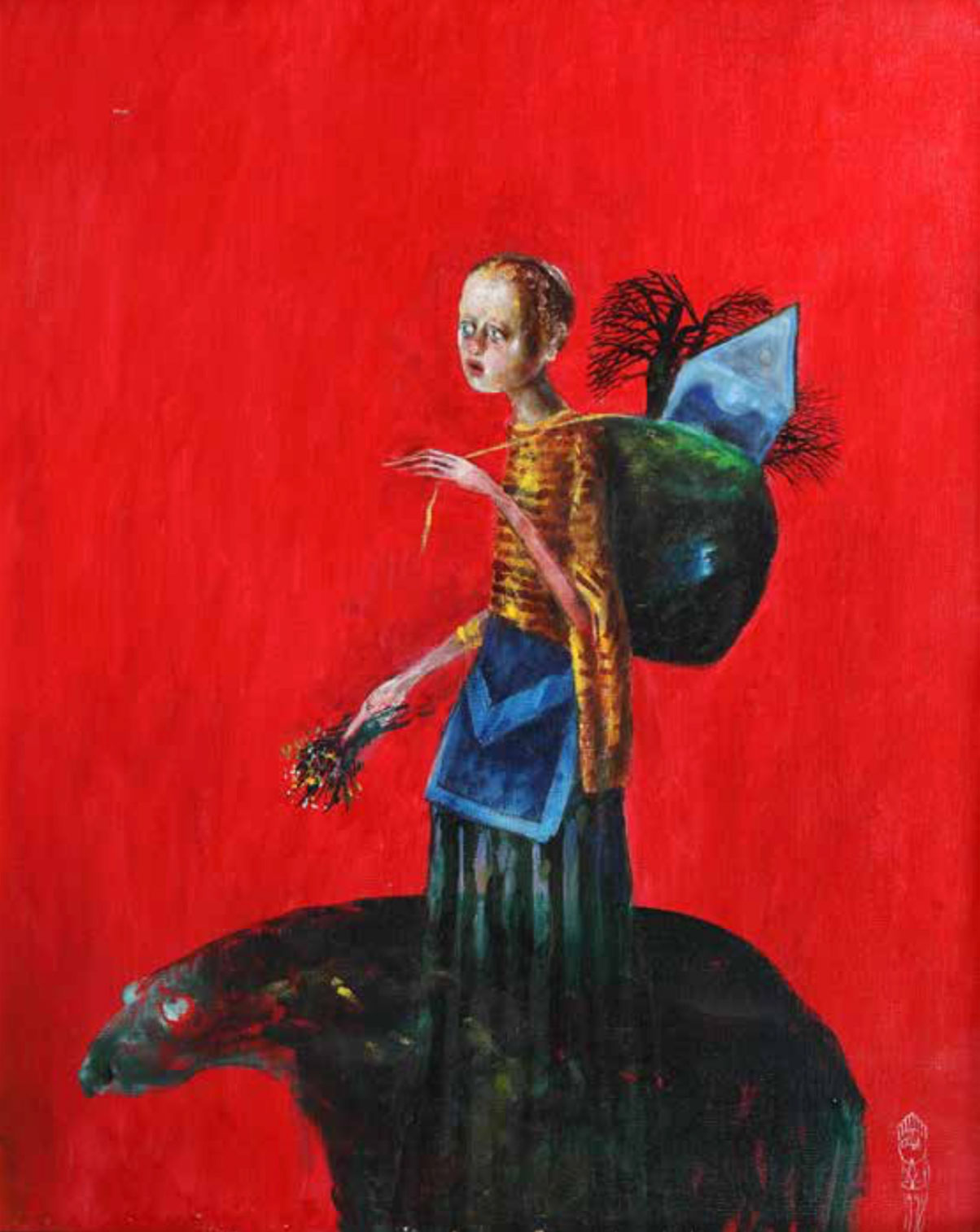 These concerts, the research for and writing of the handbook (volume I was completed in 2022, and will be published in 2023) took the larger part of my time from 2016-2019. I did continue to publish in Villa d’Arte, Luister and also Pianist. In addition I produced a number of websites. Last but not least I coordinated an auction of Romanian art in Bucharest which reaped a stunning € 225.000  for the owner of the art, Anthony van der Heijden, the president of my 401Dutchoperas foundation.

It was early in 2018 that he wanted to auction his large Romanian art collection, collected during his tenure as CEO of the ING and Tiriac bank there in the 1990’s. There was of course only 1 place where such an auction could be succesful: Bucharest. Essentially, Bucharest had a number of interesting galleries and 1 auction house, ArtMark. By september 2018, with the paintings already in Bucharest, I started coordinating the auction with ArtMark and designed a publicity plan that focussed on Anthony’s status as founder of the international banking scene there. His affinity with the country was well known, as was my own as author of the biography on Romanian icon Hariclea Darclée, the creator of Tosca, Iris and La Wally. Van der Heijden and me knew each other from the Darclée Festival in Braila, 2000. The press campaign proved very succesful. At the evening of the auction, the bidding zone was filled to the last chair. All telephones were manned and the results went through the roof. An amazing experience. 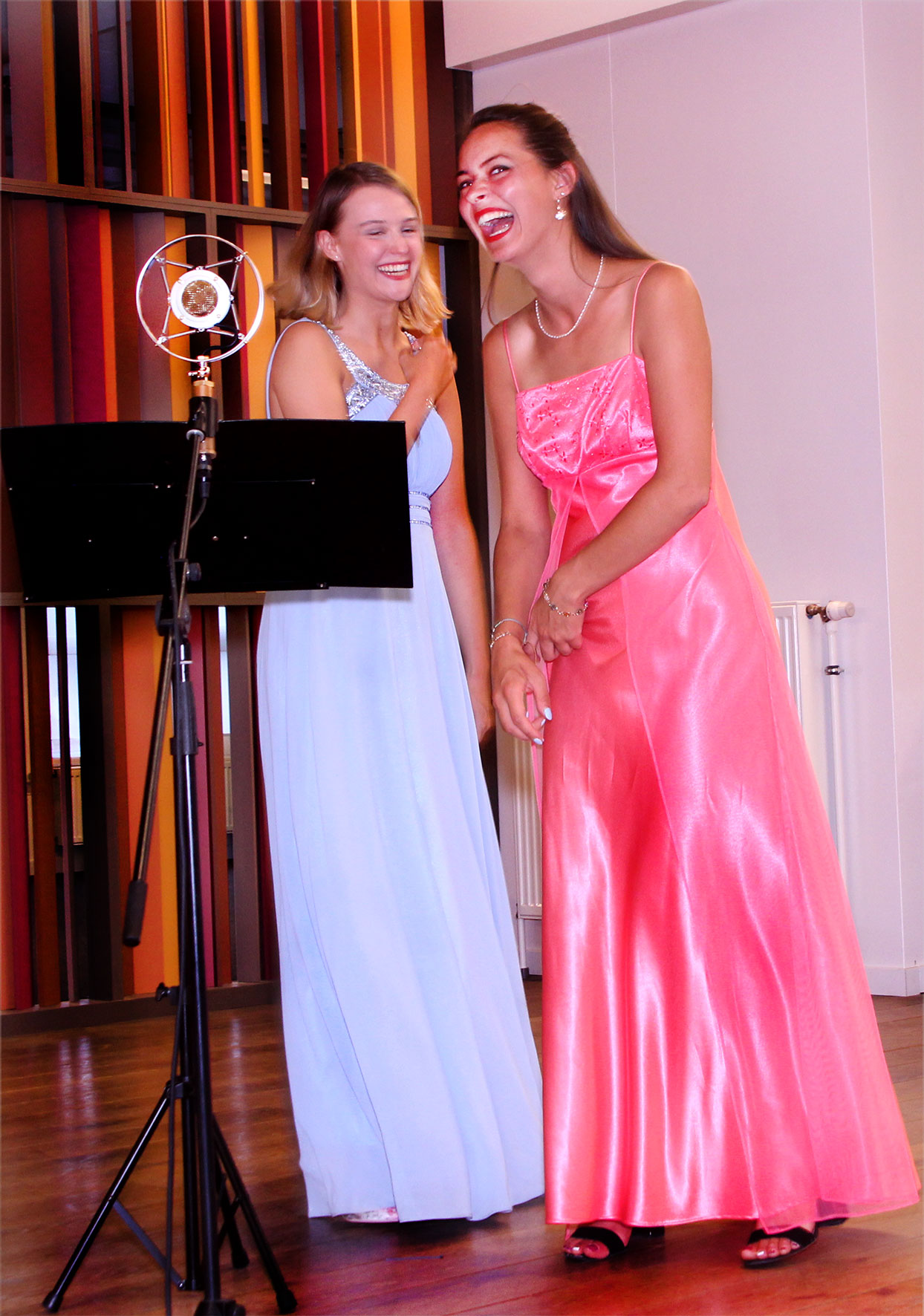 The year 2020 should have seen the major break-through for the 401DutchOeras project. The handbook volume I (period 1594-1814) was completed. In March we had promising meetings with the publisher of our choice. In April we had a major concert programmed, that zoomed in on all material from that first volume that did not exist in any recordings and that in fact had not been performed since the 17th Century. In addition we had the June World Premiere of a unknown Beethoven opera. Both performances had to be canceled due to the Corona crisis. The Beethoven premiere was postponed to 2022, the April concert ‘DutchOperas from Vondel 1685 to the French Occuption 1812’ was rescheduled to August 2.

The try-out concert on June 28 2020 was very promising. On July 4 I hosted the popular AVRO/TROS classical music program ‘Goodmorning with….’ on the national Dutch classical music radio NPO-4. I was given a royal two hours in which I could finally tell my story and revive the lost world of Dutch opera in 15 stunning highlights. The other five were reserved to my beginnings in music and my books on Franco Corelli, Jacques Brel and the still unpublished Hariclea Darclée biography. Thus we went from ‘virus’ to ‘viral’, with n audience of over 40.000 radio enthusiasts. 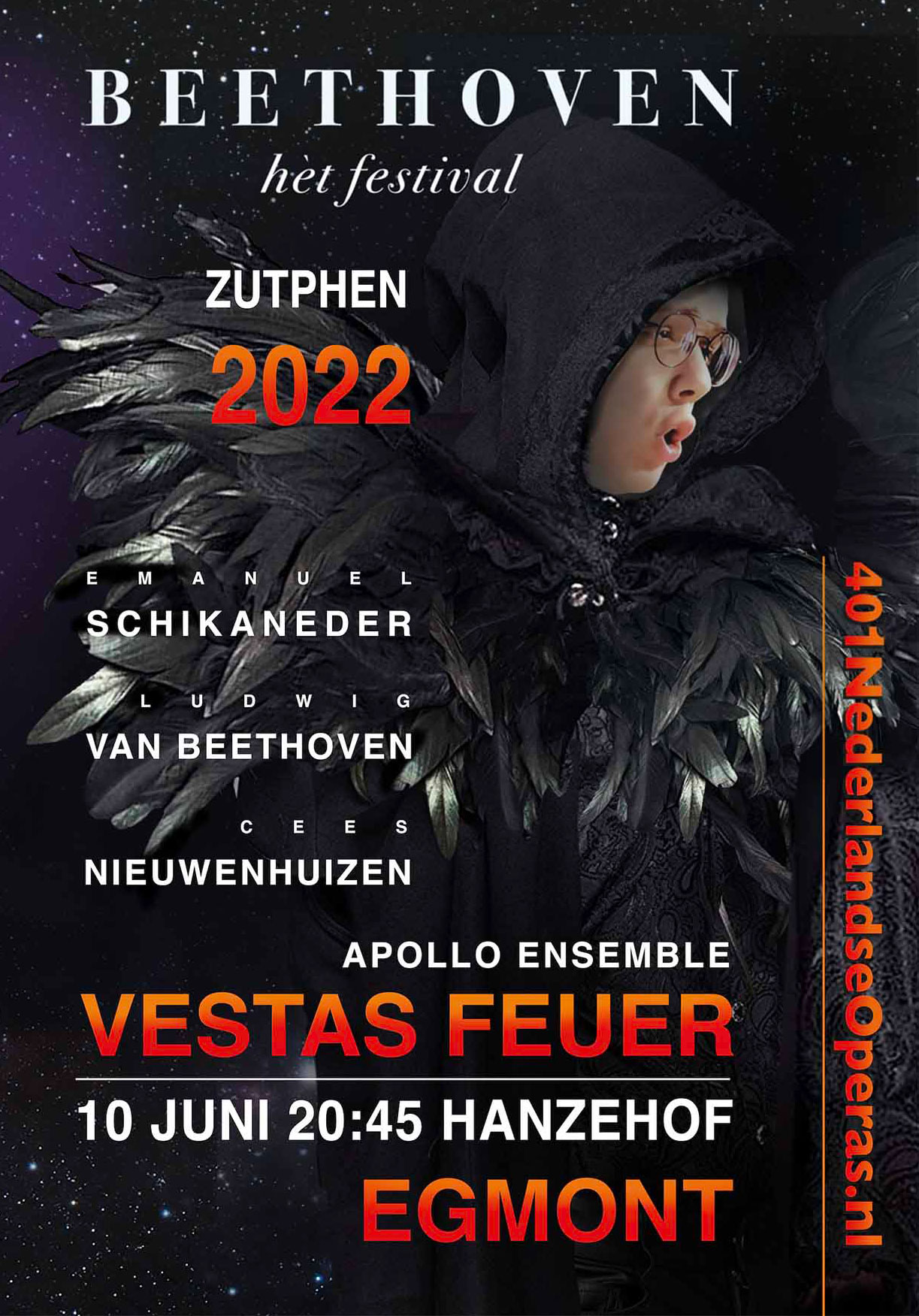 The premiere of our reconstruction of Beethoven’s unknown opera torso Vestas Feuer, on a libretto by Emanuel Schikaneder, the librettist of Die Zauberflöte, transferred from covid infected June 2020 to June 10 2022 at the Beethoven Festival Zutphen. But what is Beethoven doing in a 40DutchOperas handbook? Well, legend has it that Beethoven was born in Zutphen rather than in Bonn. My book looks into that possibility, but more important was my discovery of the Vestas Feuer torso, including more than 80 sketches beyond the know first scene. These sketches have hitherto never been touched. I joined forces with Dutch composer and Beethoven specialist Cees Nieuwenhuizen, who created a new, authentic 401DutchOperas performance edition of the first scene. When I found back the complete libretto for Vestas Feuer, the sketches fell into place and Nieuwenhuizen reconstructed some completely new aria’s from them, which constitute the last Beethoven opera world premieres in history, since there are no more sketches. Ideally, the Vestas Feuer premiere would coincide with the publication of the book.Here’s a review of the performance: review. 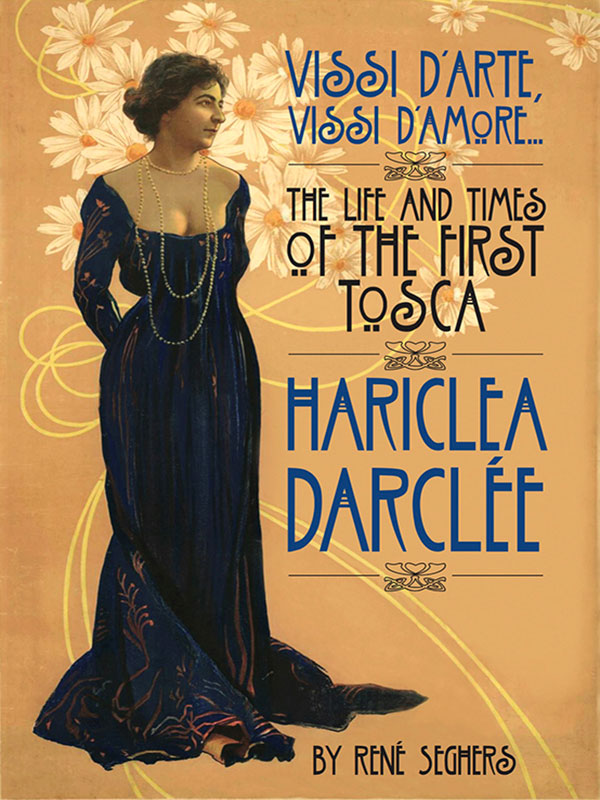 Since 2015 there have been various plans to publish the Harclea Darclée biography. lack of funding was not the only reason why the book did not mteriaze in the 2015-2021 period. There were also technical devlopments and new friends with new additions in either the visual department of the chronology that demanded further postponing publishing the book. In the course of 2021-2022 all came together. I found the financial support needed to get the book printed and the pictures in the book were all hand coloured and restored with the lastest techniques. A mere year earlier all this wasn’t possible. Dick Bak was then able to finish the lavisch desig which makes this one of the most gorgeous books on 19th Ccentury divas ever published. Hopefully we can find the money needed for the accompanying CD to be recorded in 2023 and work toward a Romanian translation of the book. 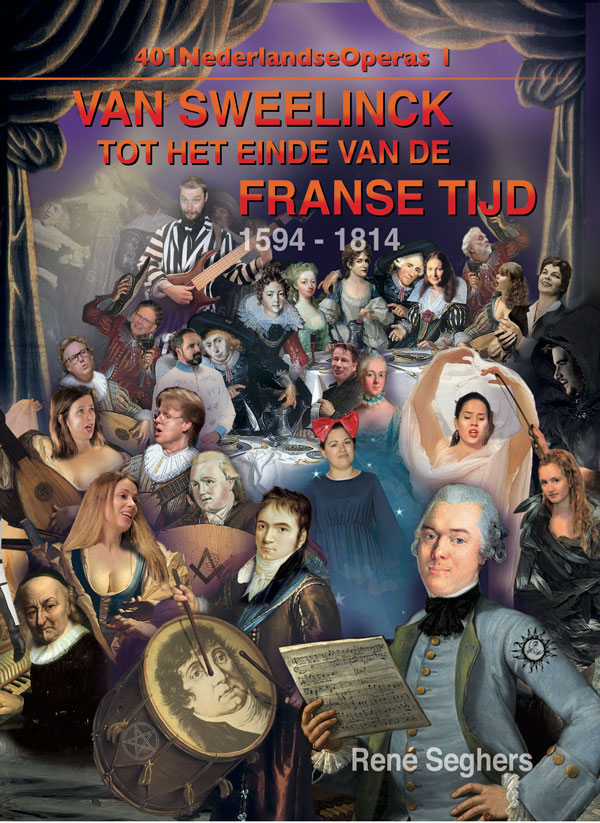 2023 will see the publishing of the 401DutchOperas handbook. This is less of a niche book than my Darclée labour of love. Dutch operas are key to our musical heritage, even if no one is yet aware of this to date. The book and our concerts and recordings will prove to be eye-openers that will succeed in bringing a change of heart among the Dutch audience. That will at least change the awareness of our musical heritage. Which is not the same as having the illusion that theatre directors will change their attitude. Even if I have now proven them wrong by showing that Dutch opera is immensely popular. Even if all Dutch Operatic productions since 2007 were sold out it is still far more expensive to produce and promote an unknown Dutch opera than to repeat Carmen and co. There you have the true reason why historical Dutch works aren’t performed. No Dutch opera company has any task in the field of cultural heritage. They exist for the sake of providing musical amusement through subvention money only, and their jobs are far more easily secured by playing the same stuff everyone else plays from readily available, copyrights free scores. 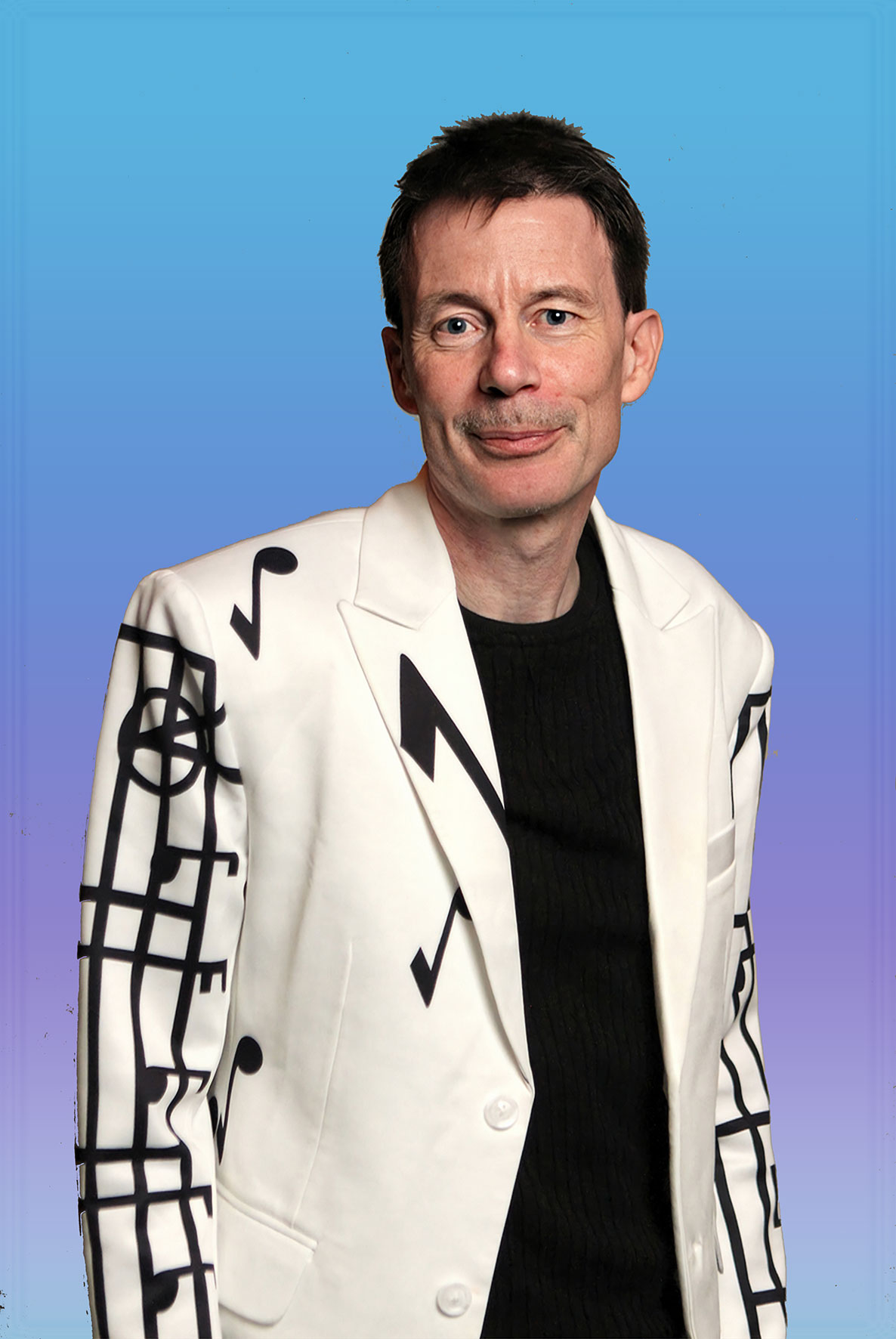 What about that child that lost his heart over playing skipping rope during school breaks? Well, that guy is still the same within, he never left, he never changed. For better or worse, he experimented in life, and from time to time he found enough happiness to continue his quest for the unknown, the untouched, and the unanswered question. I thank the loves of my life for having loved me back at one point in the adventure till so far. Who knows what is to come

To dream the impossible dream
To fight the unbeatable foe
To bear with unbearable sorrow
To run where the brave dare not go
To right the unrightable wrong
To love pure and chaste from afar
To try when your arms are too weary
To reach the unreachable star This is my quest
To follow that star
No matter how hopeless
No matter how far To fight for the right
Without question or pause
To be willing to march into Hell
For a heavenly cause And I know if I’ll only be true
To this glorious quest
That my heart will lie peaceful and calm
When I’m laid to my rest And the world will be better for this
That one man, scorned and covered with scars
Still strove with his last ounce of courage
To reach the unreachable star
Back to Top
Close Sidebar
Close Zoom
Context Menu is disabled by theme settings.