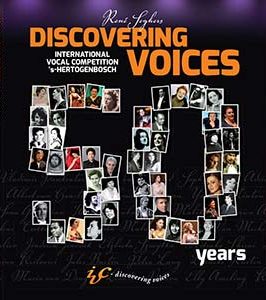 The larger part of 2014 was spent on building the archives website of the international Vocal Competition ‘s-Hertogenbosch and writing, producing, and publishing their Golden Jubilee book, “Discovering Voices.” I had to research over 20 meters of handwritten archives for this, which provided fascinating insights. We give hundreds of biographies, thousands of audio and video samples and interviews with former winners, jurors and so on. 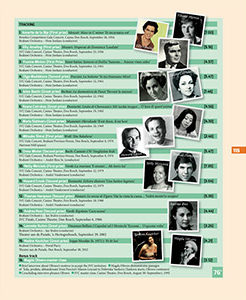 The project sparked from a huge collection of reel-to-reel tapes that 401DutchDivas inherited from Dutch and Belgian collectors. These hold the larger part of all vocal broadcasts from the period 1978–1986 (piano and violin recitals are also included). I had no idea what exactly I was getting myself into, but over a year later I finally understand that it was one those mission impossibles that I seem to have an unfailing antenna for. In short: no holidays bar a few press trips to Siberia and Norway. When I realized the effort necessary to get the Jubilee Book produced by September, I put all work on books and research projects on hold and focused for the remainder of the year on the IVC.

On becoming a publisher

As a writer I always had a profound interest in the publishing process for the simple reason that no book is stronger than the weakest link in the chain. Therefore I have always insisted on professional editing, and I have always supervised the design. With the IVC Golden Jubilee Book I established myself as an independent publisher that can make state of the art publications in 7 languages for third parties. Admittedly, all knowledge comes from experience. I learned the trade from my Jacques Brel biography publishers Tirion and Houtekiet, and my Franco Corelli biography publisher Hall Leonard/Amadeus Press. Rule Nr. 1: Secure professional editing (for English Barbara Norton). Rule Nr. 2-4: Get the editing triple checked. Rule Nr. 5: Find designers who have heart for your project (thanks Misha Ooteman and Dick Bak!). Rule nr. 6: Choose the right printing firm (in the case of the IVC publication Deltabach Grafimedia did an excellent job).

The IVC Golden Jubilee Book was first presented in the Concertgebouw Amsterdam, and then at the opening of the IVC, on Friday, September 5, 16.30 in ‘s-Hertogenbosch. The Mayor of ‘s-Hertogenbosch received the first copy, along with Dame Kiri Te Kanawa. Nadine Koutcher, IVC Winner 2012, gave a recital there, an excerpt of which is featured in the video above. 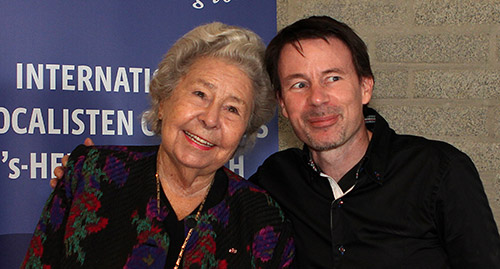 A trade I learned in the wake of The Links Project at the end of the 1990’s was making movies. Since long I film most of the interviews I do, but this was never done commercially. My web design trade recently brought me back on the track of making movies for third parties, and for my own websites. If the first opera movies of Karel Miry’s Charles Quint, Bouchard d’Avesnes were still experimental, new full HD equipment enabled me to present professional web movies for, among others, the IVC ‘s-Hertogenbosch, whose first and second rounds of opera and Lied-duos I filmed for their YouTube channel. In addition, I filmed Christa Ludwig’s Master Class in The Hague (see photo), Edwin Rutten’s musical program for children and other grown ups De Hemelbuik (Heaven’s Belly), along with his Opera for Kids Master Class/theatre show (presented together with Dutch vocal phenomenon Francis van Broekhuizen).

While 2014 was largely spent on the IVC project, my team continued working on the Dutch Opera project. Updates to the website were minimal, yet the number of scores acquired accumulated past the critical point for what will ultimately become my life’s work: the anthology of Dutch Opera (by Dutch and Flemish composers). From those
scores we have now compiled a selection of two times 45 minutes on arias and duets, which we plan to perform live in concert at the end of March/ early April 2015. The event will be restricted to invited guests, although 401DutchDivas and 401DutchOperas members can express interest. They will be first on the list if there are seats available on the
exclusive private location we have secured for this in the East of the Netherlands.